Krister Azelius is a partner and head of Vinge’s dispute resolution practice group in Skåne. Since 1996 he has focused on dispute resolution. Krister acts as both counsel and arbitrator in domestic and international arbitrations. He has acted under several institutions’ rules, including the SCC (Stockholm), ICC (Paris), LCIA (London), CARICI (Geneva), DIS (Germany) and Copenhagen Arbitration (Copenhagen). Krister is also regularly instructed as counsel in commercial disputes before courts of general jurisdiction in Sweden, which has also included proceedings at the CJEU in Luxembourg.

In addition, Krister is committed to, and regularly engaged within, the world of sport. He has – in addition to disputes (usually under the sporting regulatory regime, but also before courts of general jurisdiction) and contract negotiations (both with sponsors and other co operating partners and participants) – been appointed as a member of several Swedish sports associations.

According to clients, Krister Azelius

Krister Azelius is one of the best litigation lawyers in Sweden with an exceptional ability to combine legal skills and commercial aspects of different disputes. He is extremely efficient and quickly understands different commercial and legal problems and often outperforms the opposite counsels in court/arbitration hearings. - Legal 500 2020

According to sources, Krister Azelius  is "an eager counsel in arbitration and a good arbitrator." - Chambers & Partners 2019

Krister Azelius is based in the firm's Skåne office and heads the disputes practice there. He represents clients in domestic and cross-border commercial disputes and arbitrations. Interviewees recommend him for his handling of complicated, hostile disputes and appreciate his "good, commercial advice and guidance," noting that he is "excellent at understanding client needs." - Chambers & Partners 2018

Krister Azelius, who heads the firm's disputes team in the Skåne office, frequently represents clients in litigation as well as national and international arbitrations. One client appreciated that Azelius was able to help them reach "a good understanding of the different potential outcomes." - Chambers & Partners 2017 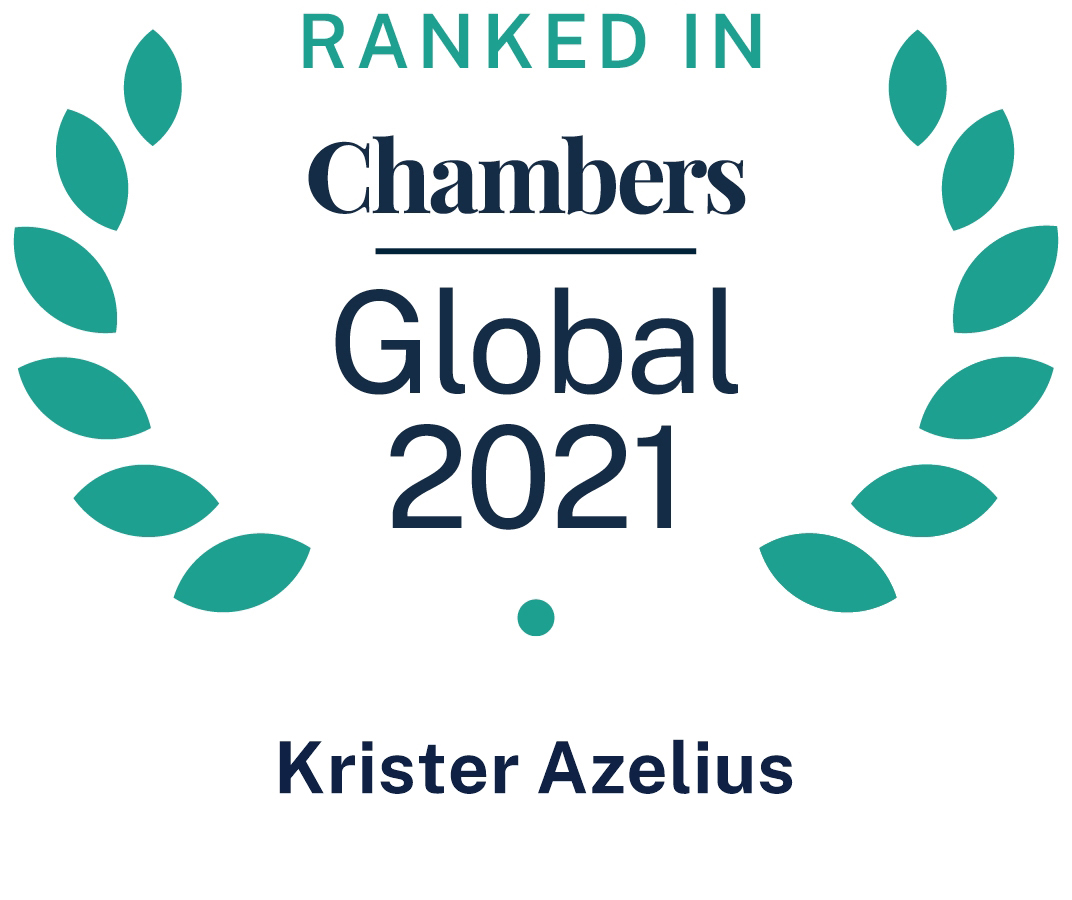 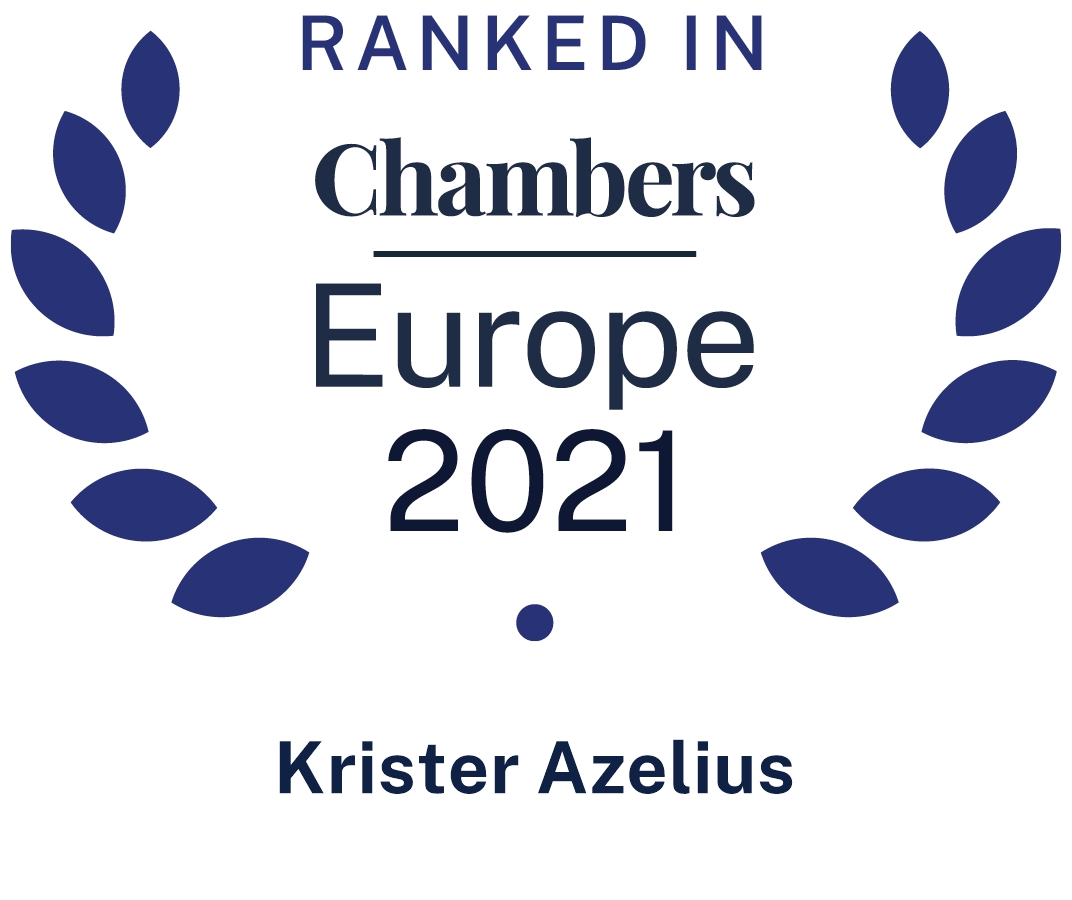 Making Use of the New SCC Rules on Emergency Arbitration