Vinge praised during the king's visit to Angered

On Monday, Vinge’s Olof Jisland and Anders Falkeby attended an award ceremony at Angered upper secondary school where, in front of a large gathering of politicians, representatives from trade and industry and students, King Carl XVI Gustav awarded the King’s Foundation of Young Leadership scholarship, the “Compass Card”.

The recipient of the scholarship was Pera Elio Serti who works as a social studies teacher at the school. Unfortunately, as she is in the final stages of her pregnancy and was thus unable to attend the Royal Palace in order to receive the scholarship, the King decided that he would attend the school instead.

Petra Elio Serti is one of the school’s former pupils and works with, amongst other things, the so-called Angered Challenge where Vinge is one of the co-operating partners. The Angered Challenge is the name for an umbrella project which brings together all of the school’s contacts within trade and industry for the benefit of students and helps to create ties between the school and the private and public sectors. During the award ceremony, a seminar was held on how schools/academia, enterprise and society in general can co-operate in order to improve the situation for, and integration of, alienated pupils into society. 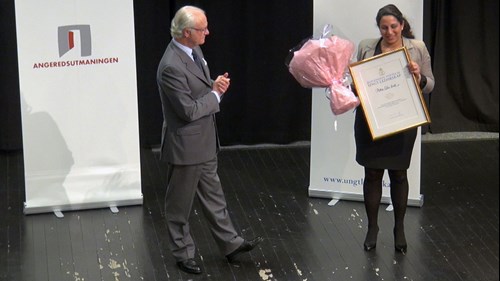 The Swedish government has decided on a number of new rules concerning cabotage transports, combined transports, transport customer responsibility for driving and rest times and posting of workers.

Vinge presents the Swedish chapter for the 2022 version of The Legal 500: Private Equity Country Comparative Guide

The guide provides an overview of the Swedish Private Equity market and the salient legislation in connection with PE transactions in Sweden.

On Tuesday 21 December, the EU Court of Justice delivered its long-awaited judgment in the Bank Melli Iran case (Case C-124/20) on the interpretation of the EU Blocking Statute regarding compliance with third country sanctions. According to the Court, the prohibition imposed by EU law on complying with secondary sanctions laid down by the United States against Iran may be relied on in civil proceedings. Following the Court’s judgment, anyone seeking to terminate a contract with a person or business subject to US sanctions must thoroughly consider if the termination is motivated by other reasons than the existing sanctions and reflect on whether to apply to the Commission for a derogation from the Blocking Statute.